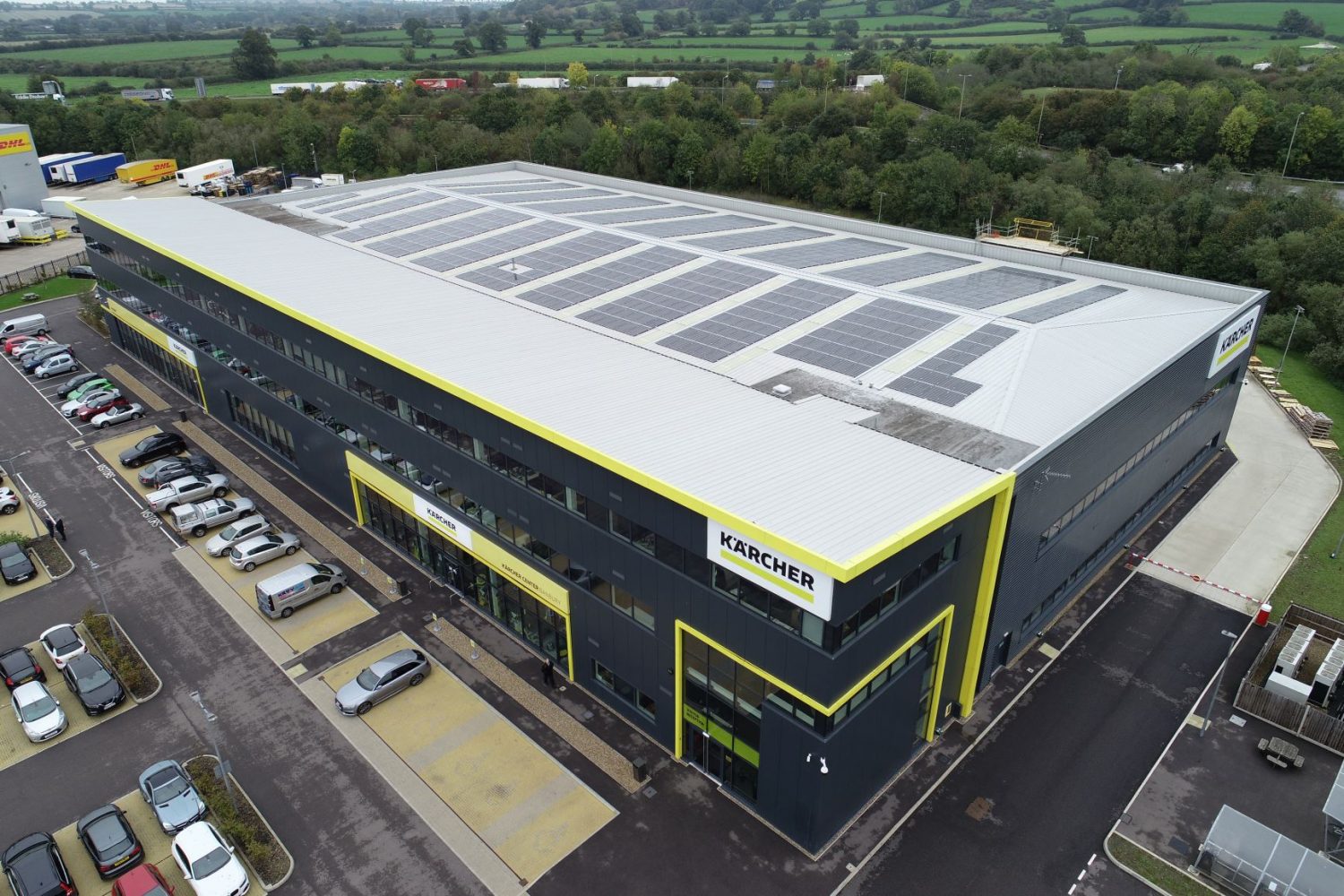 A rooftop solar array has been installed at cleaning technology company Kärcher’s headquarters in Banbury, Oxfordshire.

The solar array – which consists of 967 panels – is expected to generate 44% of Kärcher’s annual electricity consumption.

Mark Venner, chief operating officer for Kärcher UK, said the company has always “had solar in mind” for the new headquarters, praising the PPA model for ticking “two important boxes for us”.

“Firstly, it puts responsibility for the installation and long-term maintenance in the hands of the experts, so we do not need to become experts in solar PV technology ourselves.

“Secondly, our capital is better deployed in additional warehouse stock than in a solar PV system; this funded model allows us to do both,” Venner said.

Kärcher is now to benefit from significantly reduced electricity, with the solar also helping to move it closer to its environmental goals. The headquarters currently consumes 1,240kWh of electricity a day.

Ross Grier, managing director for NextEnergy Capital, said the company is pleased to be working with Zestec to provide rooftop PPA solutions to the marketplace that allow others to take “a long-term view on an element of their energy security”.

“Schemes such as this will become increasingly important as the cost of energy to the consumer continues to rise.”

NESF first announced its partnership with Zestec to develop the PPA model in February 2019. Prior that that, Zestec brought a subsidy-free commercial rooftop model to market which it claimed had been backed by institutional and private investment and underpinned by long-term PPAs.