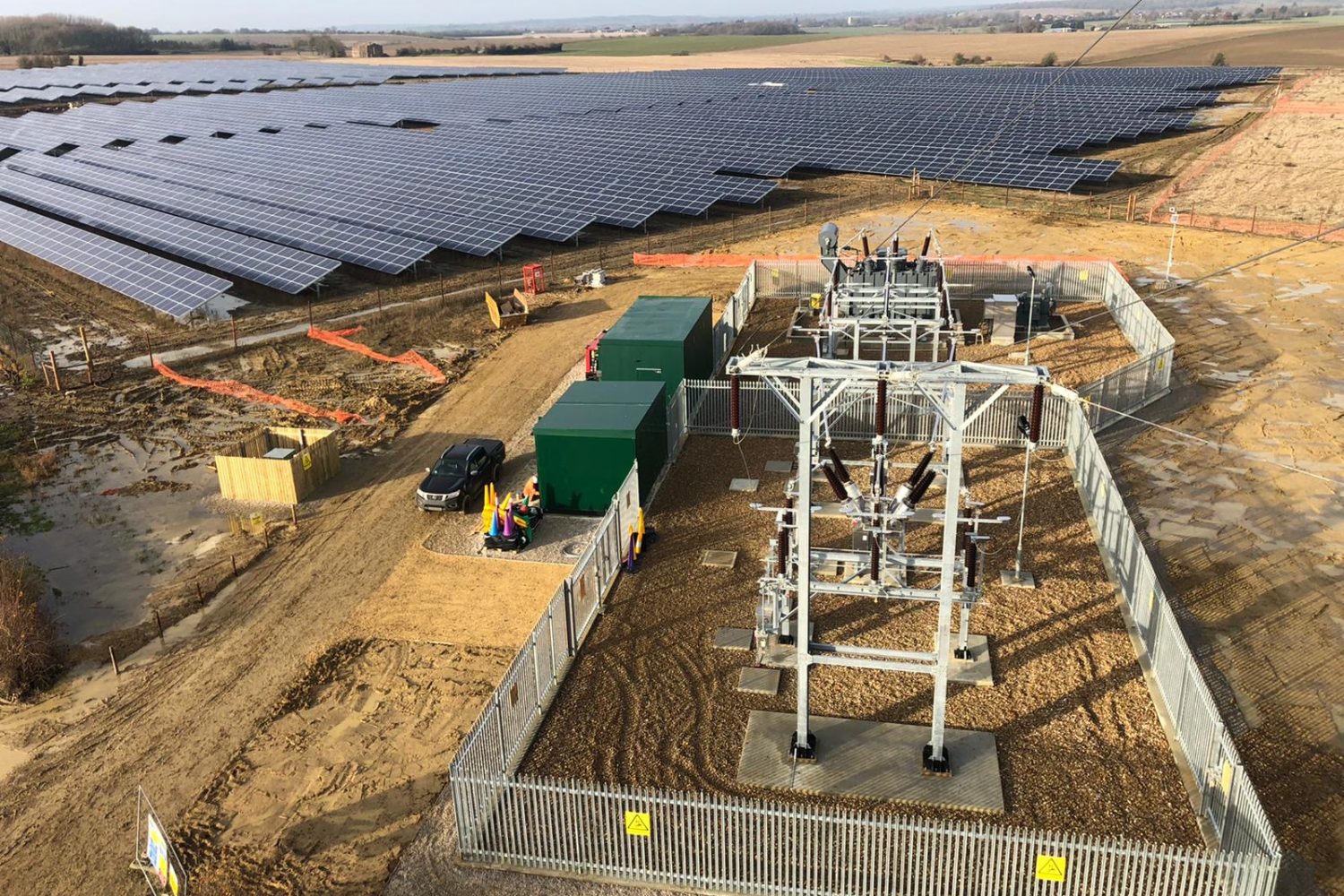 NextEnergy Solar Fund (NESF) has switched on its 50MWp subsidy-free Staughton solar farm as it continues its 150MWp push.

The site is being billed as the UK’s largest subsidy-free solar farm and is located on a former airfield on the Bedfordshire/Cambridgeshire border.

The electricity from the plant is to be bundled with NESF’s existing portfolio of generating plants and sold under its existing sales contracts.

With the switching on of Staughton, which NESF confirmed in August had started construction, the solar fund has amassed an overall portfolio of operating solar of 755MWp across 90 solar plants, including three residential rooftop portfolios.

It comes as part of a drive towards subsidy-free solar for NESF, with preparations for the construction of its third subsidy-free plant, High Garrett, underway. High Garrett is an 8.5MWp extension to a 5MWp ROC asset, Kentishes, acquired by NESF in 2016. It is expected to be completed during the first half of 2020.

Michael Bonte-Friedheim, CEO of NextEnergy Capital, said: “Today’s energisation of our Staughton solar plant is a landmark moment for NESF and the whole UK solar industry, demonstrating the financial viability and energy generation potential of large scale subsidy-free solar projects in the UK.”

NESF is planning to boost its UK subsidy free capacity by 150MWp over the current financial year, 55.4MWp of which has now been delivered. Bonte-Friedheim said the pipeline, announced last month, comes as part of NESF’s aim to lead the UK solar industry’s transition from a subsidy-based regime to “one providing clean electricity on market competitive terms”.

This website uses cookies to improve your experience. We'll assume you're ok with this, but you can opt-out if you wish.
Cookie SettingsAccept All
Manage consent

This website uses cookies to improve your experience while you navigate through the website. Out of these, the cookies that are categorized as necessary are stored on your browser as they are essential for the working of basic functionalities of the website. We also use third-party cookies that help us analyze and understand how you use this website. These cookies will be stored in your browser only with your consent. You also have the option to opt-out of these cookies. But opting out of some of these cookies may affect your browsing experience.
Necessary Always Enabled
Necessary cookies are absolutely essential for the website to function properly. These cookies ensure basic functionalities and security features of the website, anonymously.
Non-Necessary
Any cookies that may not be particularly necessary for the website to function and is used specifically to collect user personal data via analytics, ads, other embedded contents are termed as non-necessary cookies. It is mandatory to procure user consent prior to running these cookies on your website.
SAVE & ACCEPT