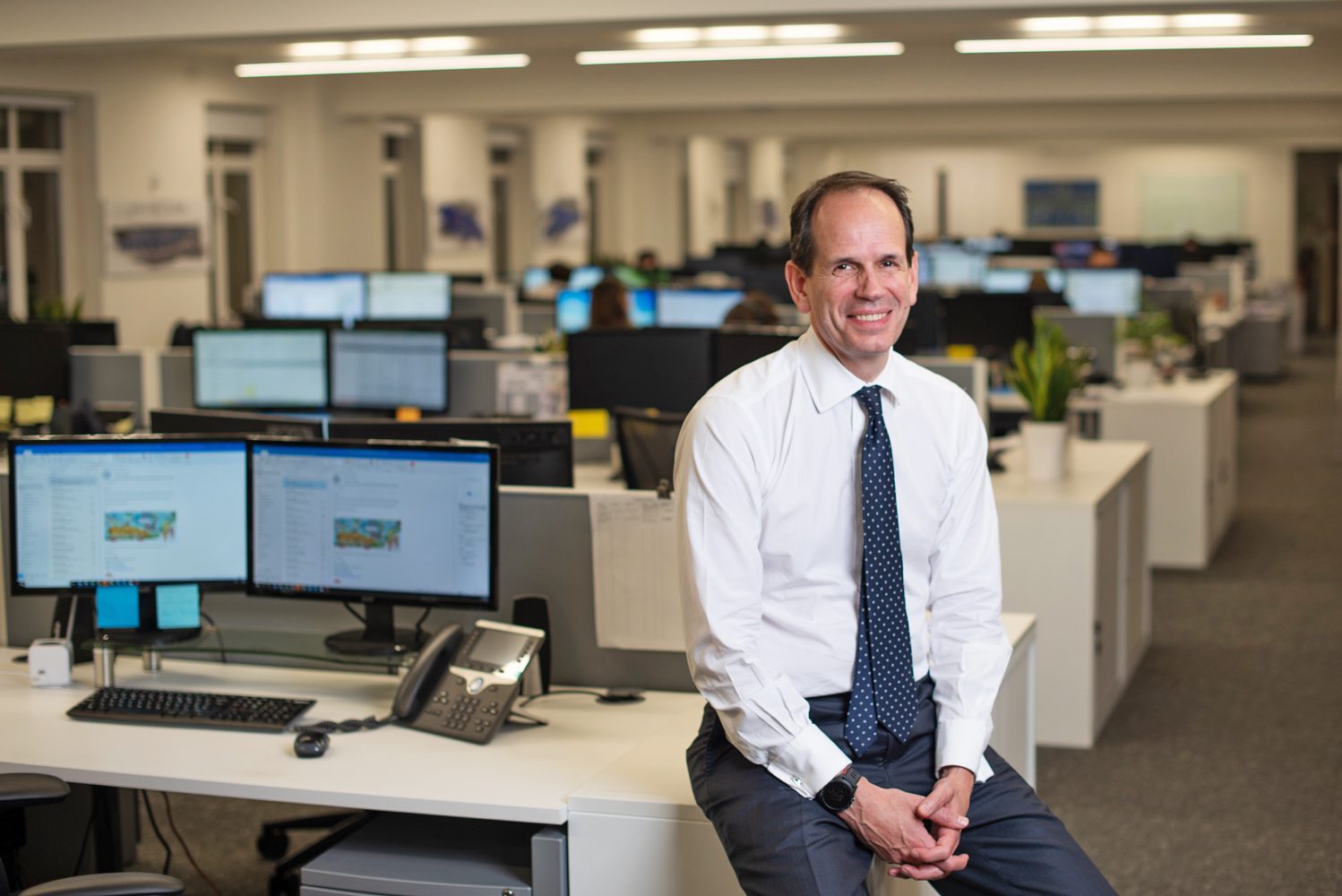 By Angus McCrone, BloombergNEF. This article appeared on 16 December 2019.

NextEnergy Capital Ltd says it will build as much as 1.2 gigawatts of solar power projects in the U.K. without either government-set subsidies or long-term power purchase agreements with utilities or corporate electricity buyers.

The London-based company, which manages quoted and private funds totaling $1.5 billion and 160 operating-stage solar projects in the U.K., Italy and the U.S., this week switched on a 50-megawatt photovoltaic plant in England on a new model involving no long-term electricity price support. Some plants will be built on an equity-only basis, with no debt.

Michael Bonte-Friedheim, chief executive of NextEnergy Capital, told BloombergNEF in an interview: “If you take out the leverage, you can create something that is resilient against changes in power prices, and therefore very attractive.”

NextEnergy is standing apart from the trend for renewable energy project investors to sign long-term power purchase agreements, or PPAs, with corporate buyers. This year has already been a record one for corporate PPAs, with deals for 17.4 gigawatts signed globally by the end of November.

Bonte-Friedheim told BNEF: “We often look at corporate PPAs, but we see such low prices being offered by other market participants that they really aren’t worth it.”

The interview is below.

Q: NextEnergy Capital manages a number of funds. Please describe what they do.

A: We have three investment vehicles. There is a listed solar fund [NextEnergy Solar Fund Ltd], worth about 720 million pounds in terms of the ordinary equity and with a further 200 million pounds in preferred equity. It invests in operating-stage projects in the U.K. and other OECD countries, and is either the largest or second-largest pure-play solar infrastructure fund in the world.

Then there is an Italian private equity fund with 232 million euros in capital, focused on buying operating solar plants that were awarded tariffs under the old feed-in tariff program in Italy. It has some 110 individual plants in its portfolio already, and should be fully invested by the middle of next year.

Finally, we have an international solar fund that has the freedom to invest in assets that are ready to build, that are under construction, or are operating. We have had the first close, at $160 million, and have a target eventual size of $750 million. The geographical mix will be a minimum of 80% OECD, and a maximum of 20% non-OECD. For this fund, we have already made the first investments in the U.S., including a 102.5-megawatt operating solar project in North Carolina.

One thing that marks NextEnergy out as being different from our peers is that we have our own in-house manager of operating solar assets – WiseEnergy. It offers operating asset management services not just to NextEnergy but also to third parties. This means we have invested in, managed or monitored, some 1,500 utility-scale solar plants, and that gives us an edge in knowledge, data and skills.

A: Well, those preference shares are one of a number of innovations we have made in the financing of our funds that make them more competitive.

It is possible that we might choose to buy them back, or the holder can elect to transform them into ordinary shares at net asset value, or the holders might elect to just continue receiving the dividends. Also, the preference shares don’t have security over the fund’s assets, unlike bank loans.

Another example is an acquisition facility we have negotiated in Italy. It is now worth 300 million euros, and allows us to repay project debt, leasing and any other types of loan associated with the projects that fund holds. The only conditions the bank set for us are that the facility needs to be used to acquire Italian operating solar assets, and those must pass the NextEnergy selection criteria. The cost of that facility is sub-2%. No one else has managed to set up anything similar.

Q: Our figures at BNEF show a record year in 2019 for corporate power purchase agreements. These are becoming an important way for renewable energy project developers to secure their electricity prices. Are you looking to sign corporate PPAs for your projects?

A: We actually think that corporate PPAs may not be necessary. For instance, for the 300 megawatts we are developing in Italy, we are looking at short-term PPAs, and selling the energy into the market. We are driving that Italian portfolio on an unlevered basis, i.e. without any debt financing whatsoever.

We often look at corporate PPAs, but we see such low prices being offered by other market participants that they really aren’t worth it.

In the U.K., we are building subsidy-free assets. For the 5.4-megawatt solar project we completed this year, we had to innovate on the value chain, re-engineering it to reduce investment and operating costs.

Q: What will the revenue model be?

A: The revenue model for that, and the new 50-megawatt project at Staughton, will be that they will be part of a basket of assets, with their electricity sold under one-to-two year contracts. We built Staughton for less than 30 million pounds.

We have very big plans for U.K. unsubsidized solar, with a pipeline in excess of 1.2 gigawatts, and we are very focused on delivering financial structures that work for investors. Part of the portfolio will be developed under NextEnergy Solar Fund (150 megawatts), and for the rest, we are now designing an investment fund that will allow investors to participate in the growth of U.K. unsubsidized solar. If you take out the leverage, you can create something that is resilient against changes in power prices, and therefore very attractive.

Q: But do you need an agreement with a third party to set a floor price, so that the electricity revenues do not fall below a certain level for these projects?

A: No, we don’t need a floor price. We can fine-tune the operating expenditures so that, even in a low-case forward curve for electricity prices we are still able to generate positive cash flows for investors.

Q: Since NextEnergy Solar Fund went public in 2014, the internal rates of return that renewable energy project investors target have fallen, as more and more money has come into the sector. What do you think the reduction in IRRs has been over that time?

A: IRRs have come down dramatically. Solar is a relatively new asset class, into which hundreds of billions of dollars are going to be invested in the years ahead. Trillions over 20 years or so.
When markets or assets are early-stage, investors are more cautious. But as operating track records are established, and the market is shown to be mature, more and more investors become comfortable with the asset class and returns follow a downward curve. And the low level of official interest rates and bond yields has also clearly had an impact.

Of course, solar has proved very resilient in terms of financial performance. We have invested in more than 200 individual solar plants, and the electricity generated has been 5% above budget on average over the last five years, with half of that due to higher-than-forecast irradiation and the other half to the asset management performance.

We bid on every solar asset that comes up for sale, but regularly we are out-bid. There is no reason to stretch ourselves to buy these third-party assets.

Q: Does anything worry you in the solar market at the moment?

A: We are concerned about the rear-guard action of traditional energy players against renewables. In the past, I might have worried about the risk of changes in government regulations supporting solar, but now solar is cheaper than any other technology. So that risk is no longer there.

It is possible that some investors are buying projects on unsustainably low returns. But with our international fund we can decide not to invest in a particularly over-priced market, and move somewhere else instead. For instance, we decided we didn’t need to be in Spain, and have instead been pursuing acquisitions in the U.S., Mexico, India and other parts of Southern Europe.