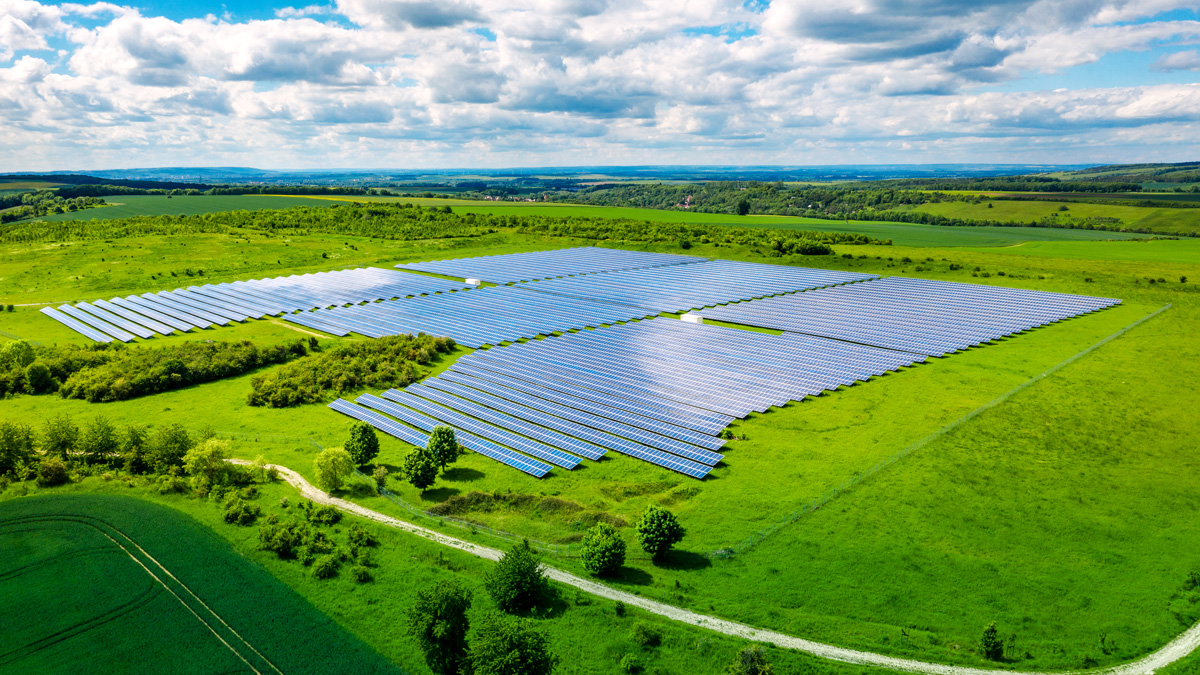 Article by Ross Grier, NEC – Managing Director, UK. First published in the The Ecologist on 23rd July 2018.
*NESF has delegated management of its investments to NEC.

New research shows that solar farms can significantly improve local biodiversity, with benefits to wildlife and potentially even surrounding crops. NextEnergy Capital is supporting innovative solar developments that enhance biodiversity in the local area and engage the community.

Biodiversity is key to the survival of life. Its loss deprives future generations of irreplaceable genetic information, potential livelihood opportunities, and compromises sustainability.

We are guardians of our environment and we have a social and moral obligation to do what we can to improve what we leave for future generations.

The UK Government recently introduced a 25 Year Environmental Plan that highlighted the social and moral obligations on society to take affirmative action in order to prevent environmental decline, and to go a stage further to create more abundant biodiversity.

At NextEnergy Capital we believe that the energy industry can support the Government’s Environmental Plan and be an exemplary neighbour to the communities in which we operate, and that solar farms present a unique opportunity to enhance biodiversity.

Once established, solar farms are relatively undisturbed. With the right habitat enhancement and management they can harbour an abundance of flora and fauna that improves aesthetic value, and contributes to improving air quality, water quality, soil erosion, pest and disease regulation, while also providing an opportunity for community engagement and education.

All of this is beneficial to our industry and to society. The Solar Trade Association is also beginning to bring biodiversity into the spotlight: a recent study ‘shows that solar farms can significantly improve local biodiversity, with benefits to wildlife and potentially even surrounding crops.

NextEnergy notes that these opportunities to protect and enhance our natural surroundings have been largely overlooked by the industry.

We believe the solar industry can benefit the environment even further. Achieving these aims will undoubtedly be a massive challenge that requires affirmative action in-line with a strong set of guiding principles. Governments will play an important role but can’t deliver this strategy alone, nor can we ignore the problem and assume it is someone else’s to solve.

Given that the chosen location for solar farms is generally either low-grade land or taken from a relatively intensive farming cycle, it is often left to grass and grazed over a 25-30 year horizon.

These plots are generally fenced off, with little crossing traffic or disturbance, and combined with a cessation (or dramatic reduction) in the use of fertilizers and pesticides: they allow the potential for significant sustainable habitat development.

The core concept of solar power and clean energy is based on the fundamental belief that there is a better way to generate electricity than the traditional carbon-based approach.

This mindset lends itself well to examining how each generating station can be an exemplary neighbor to the surrounding area, and how the industry can provide the additional benefits previously mentioned.

Once planning permission has been granted, developers are usually required to consider measures that support the native species that could be affected by the development.

Actions specified can vary greatly from asset to asset, but are usually those intended to mitigate impact as opposed to enhance biodiversity.

We would consider these merely baseline measures. Yet, it could be said that these considerations are often overlooked, or dismissed over more pressing concerns, even post-construction and into operation. As an industry we have a moral obligation to do better than this.

Alongside its biodiversity partner Wychwood Biodiversity, NextEnergy has invested significant time in auditing its existing portfolio to ensure that the baseline measures have been delivered.

Over two years ago, NextEnergy began to implement baseline compliance across its fleet.  This work continues as new assets are acquired, and has enabled us to introduce improved land management methodologies, alongside planning compliance and the best practice guidance suggested by Wychwood.

NextEnergy and Wychwood have gone a stage further by establishing a number of exemplary sites  in which special measures are being implemented against strictly monitored baselines to pilot their impact.

A biodiversity management plan has been tailored to the unique conditions of each exemplary site. Engagement with our landowners, operation and management contractors, and the community has proved vital, as these stakeholders have the closest relationships with the asset and its surrounding environment.

As the first annual survey results from our sites are being compiled, we are seeing a notable increase in the abundance of pollinating insects against the year zero baseline.

Looking at the industry as a whole, the short term focus should be on maturing the our approach to land management.

This will require wholesale adoption best practice guidelines, and require operation & management and asset management teams to upskill their operatives and subcontractors.

Correct operational planning can show some operational expenditure improvements too, adding a degree of commercial logic to actioning rapid change.

Initial measures should include strip grass cutting (cutting only beneath the panels and leaving the rest of the site long), seasonal sheep grazing, spot weed treatment, alternative side hedge maintenance (every 3 years), alongside the creation of simple habitat improvements such as hibernacula, bird/bat boxes and solitary bee and bug hotels.

The exemplary sites are the initial steps in a long process, and provide a test bed for creative measures. Some of the broader objectives we are pursuing include the introduction of bee hives onto our land, alongside native wild flowers.

We are working on creating small and managed ponds to create homes for dragonflies and amphibians. We are also working on local cropping, and are currently piloting the growth of crops that can be harvested without impact on solar asset operations.

This is designed to support the surrounding community and its various cottage industries, be it by donating what is grown or in engaging community members in the crop and therefore the solar asset.

The future ambition is two-fold. Firstly, further engagement with surrounding landowners, whose wealth of localised knowledge should be brought forward to create mutually beneficial measures.

Secondly, we should create partnerships with key stakeholders and the education system to deliver creativity and monitoring.

It is clear that as a society we have some way to go before fulfilling the aims set out in the Government’s 25 Year Environmental Plan, but our industry can and should be a forerunner in supporting the ambition of leaving a better environment for the next generation and creating a symbiotic relationship between power generation and biodiversity.

However, we need affirmative action and not just hollow words. As a responsible business it is our ambition to deliver on this plan.